Get a Free Proposal 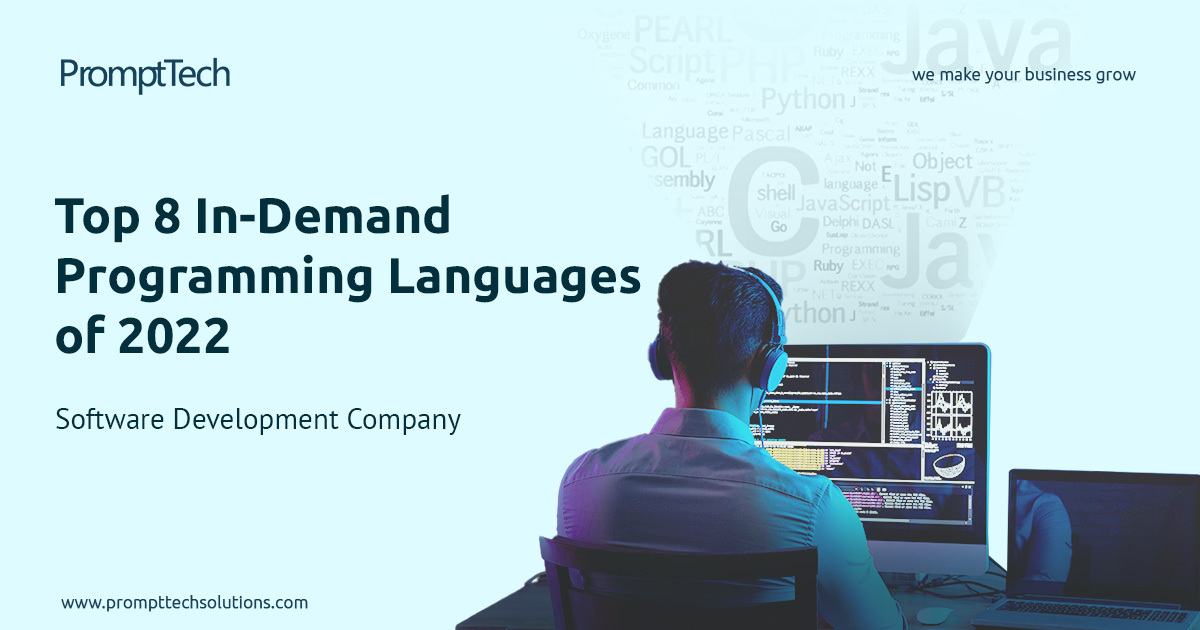 Out of 200+ programming languages, it is always a stir in your mind to pick one and start learning and using it. You need to know the trends for a software development company to choose among the many programming languages. Knowing which languages top the list can always keep you one step ahead in the job hunt.

Now we shall get into the details of the best programming languages that are used in a software development company for application development.

JavaScript has continued to gain popularity over the years since it was developed to create the first dynamic websites. Having said that, JavaScript is now the programming language with the highest demand across the board. The introduction of TypeScript, a superset of JavaScript with type safety, may potentially aid in reaching this milestone. In recent years, TypeScript’s popularity has only grown. Like Angular or Nest.JS, many recent JavaScript frameworks are entirely written in TypeScript.

Python has steadily advanced to take second place among popular programming languages by 2022. Its versatility, which covers everything from programming to managing servers to data processing, has enabled this achievement. Python’s popularity soared when major tech companies like Netflix, Facebook, and Khan Academy started using it as their primary programming language. Python is capable of a wide range of tasks, from straightforward scripting to complex web applications and artificial intelligence. Google’s TensorFlow is an open-source machine learning platform that is friendly to Python.

One of the oldest and most popular programming languages today is Java. Java is the best programming language for DevOps, virtual reality, big data, mobile chatbots, and continuous integration. Most mobile markets dominate Android, with Java as the primary programming language. The tech stacks of well-known firms like Airbnb, Google, Netflix, Instagram, Uber, Amazon, and Spotify include Java. Since most companies want to create mobile applications for their goods or services, Java developers are in high demand.

For the creation of websites, video games, machine learning, and data mining applications, C++ is frequently employed. Programs execute more quickly with C++ than with any other programming language.

A general-purpose server-side programming language called PHP is used to create dynamic and interactive web pages. With its sophisticated features, PHP can be incorporated into HTML and assist users in creating straightforward programs.

One of the simplest and easy-to-learn languages to learn and use if you have little to no prior web development expertise is PHP. Additionally, it works with all the popular operating systems, including MAC OS, Windows, and Linux.

Due to its simplicity of use compared to Java, Kotlin is one of the programming languages that Android developers choose. Because it works with Java, developers can pick up where they left off on a project. They are not necessary to begin coding from zero.

Go is a new language that Google only invented 12 years ago. In an era of multicore, networked machines, and massive codebases, Google created Go to increase programming productivity.

Learning the right programming language is the primary step to enhancing career opportunities and growing faster. You can work from home in high-growth, high-paying remote software positions with reputable web development companies.

By actively placing them with leading companies to undertake cutting-edge work, learning the top programming language aids developers in establishing careers rather than revolving door gigs. When opportunities are in line with a developer’s abilities, goals, and aspirations, they become available. We hope that the article is helpful to choose the best programming language.

© Copyright 2022 PromptTech Middle East Pvt. Ltd. All Rights Reserved.
Talk to Our Experts
Enquire Now
No, thank you. I do not want.
100% secure your website.
Powered by